Inspector Chingam and Constables Hera and Feri of Motu Patlu cartoon serial are kids new learning online classes during these days of lockdown.

The dialogues delivered in the serial somehow strike very powerful punch on the face of society,  revealing hidden pros and cons and more, a  learner can learn if guided with the help of parents can learn enough even during the school shut down days.

Mard ko dar nahin hota….!
(A man does not feel pain)
You are under arrest…….!

‘Why fear when Chingam is here ! ( very satirical one)

(Motu Patlu is an India CGI animated Situation comedy television series broadcasting on Nickelodeon. It is adapted from the traditional comic strip on Great deal Pot. It was premiered on 16 October 2012, starting with episode “John Banega Don”. It concentrates on two close friends, Motu as well as Patlu, living in the fictitious city Furfuri Nagar. It focuses on exactly how they land in very funny scenarios as well as later rescue themselves simply by good luck. Motu as well as Patlu make love friends of each other.  ) 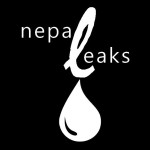